The Belgian Malinois dog. Our clients often call them “fur babies” or “the best friend they have ever had” and that means a lot to us. We don’t just sell dogs. We place them with people who need protection but also want a family member who shares in their life daily. Own a Belgian Malinois once and you’ll never have another breed. Well bred Belgian Malinois are hard to find. Search the web and you’ll find 50 German Shepherds compared to one, quality Malinois for sale. Narrow it further by accepting only a quality dog and it becomes even harder to find the Belgian Malinois.

The Belgian Malinois has been gaining popularity for the last few years. Just a few years ago the breed didn’t show up in the top 100 breeds registered by the AKC. Today the Malinois ranks at number 60 on the list. One must also consider that the majority of Belgian Malinois are not even AKC registered.

One thing to remember is that the Belgian Malinois comes in several colors or a mix of them such as fawn, sable, red, brown and black. Wolfsbane K9 leans toward a dark sable color with a heavy black mask mostly from KNPV parents. Some have almost black eyes while others have brown or even golden eyes. The ears are pointed and stand on their own as the dog matures

They’re known by many as the dog that helped take terrorist Osama bin Laden as well as other terrorist down and this caused a spike in the number of people who wanted to own one. In addition White House videos showing the dogs working for the Secret Service have also gained plenty of interest in the breed. And, don’t forget the countless movies they are now in such as John Wick (starring Keanu Reeves and Halle Berry), the Navy Seals (TV show) and DOG (starring Channing Tatum). We see more folks now who recognize the breed if we take them with us to stores, the park etc. At one time they were not even in the top 100 registered breeds with the AKC and now the breed has broken that barrier. It must also be noted that 80% or more of Belgian Malinois in America are not registered. No matter how popular they become this is no reason to own one of these dogs. You need to be fully committed to training and learning. 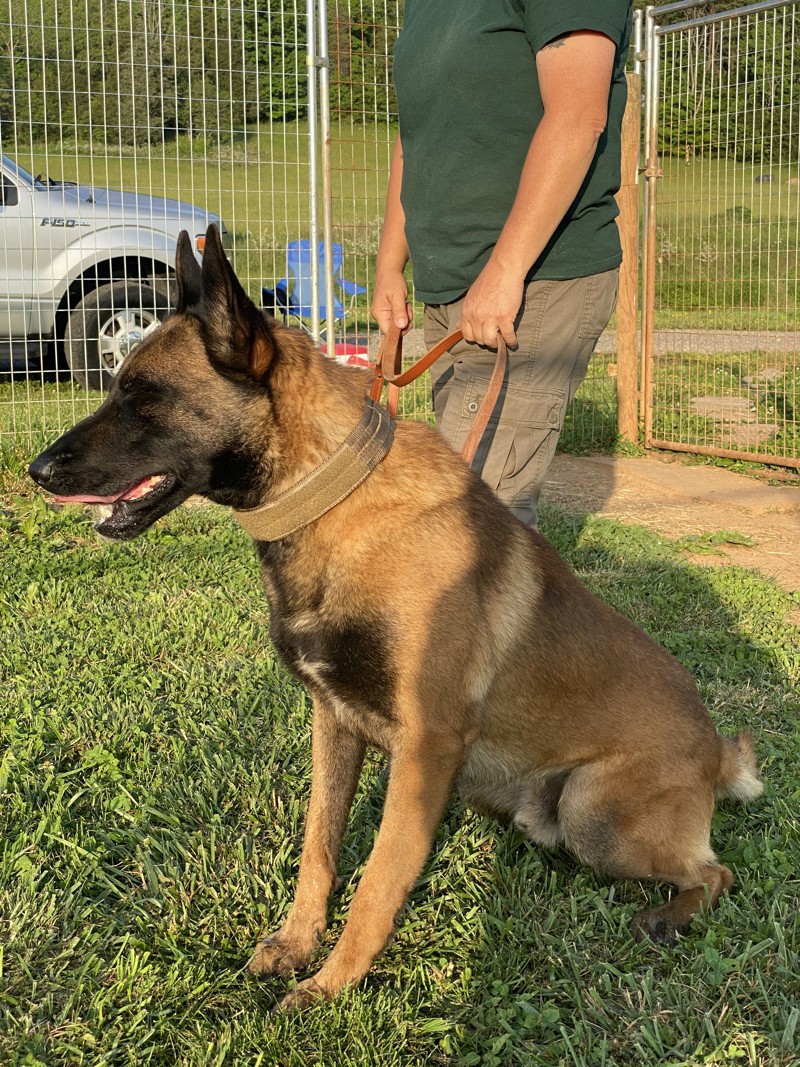 Why do police, government and military agencies use the Belgian Malinois more than any other breed? Because they are the “super dog” in the canine world. Smart is an understatement and once you own a Belgian Malinois you won’t ever own another breed. Forget the stories you have head about them being over the top hyper and out of control. It just isn’t true! They do love to train and play but when properly bred and tested they aren’t menacing in any way at all.

Any breed must have daily exercise and attention. The Malinois craves this love and throw some work in for sure because working is what they live for. They are gentle, loving, outgoing and eye catching. We can’t say enough good things about the Malinois. They love to swim and seem to have a natural affinity for water. Playing fetch never gets old and if you want a dog to get into fun sports such as agility or dock diving they do very well at it. Don’t buy the horror stories about these wonderful dogs.

While this  breed is often associated with police and military work it must be noted that they make excellent guard / protection dogs as well. The Malinois is fast and agile as it works or plays. We find them to be very easy to train and condition to a variety of settings. They adapt easily to any climate and can live indoors or out with no problem.

To learn more about the Belgian Malinois visit this link.

It is not uncommon at all to see a fully trained Malinois at a young age as they move through training at a remarkable pace. This breed is also very high in his drives and will work as long as you allow it. They simply don’t like to stop training and playing.

The Malinois will shed some in the Spring and Fall. A weekly brushing is needed to remove loose hair. They shed a lot less than a German Shepherd. The breed is healthy and has a good life span often living to age 14 or more which provides many years of service to the owner.

Remember this breed is thinner and lighter than the German Shepherd by nature and when looking at one you shouldn’t assume the dog is malnourished as the long, thin body is a good sign. The Malinois will typically weigh between 55 and 75 pounds although the ideal weight is 60 to 70 pounds depending on the sex and bloodlines.

What if you had a brave friend who could sense danger even before you knew it was coming? Someone who had your back all the time? No human can do this. You can have that right now. Contact us today to get started.

When you buy a dog from Wolfsbane K9 you’ll have lifetime support at no extra charge. When you have a question we’ll answer it and we’ll help you resolve any issues that arise. And, it won’t take days to get an answer. Most calls, emails and text are returned within 2 hours on any day.